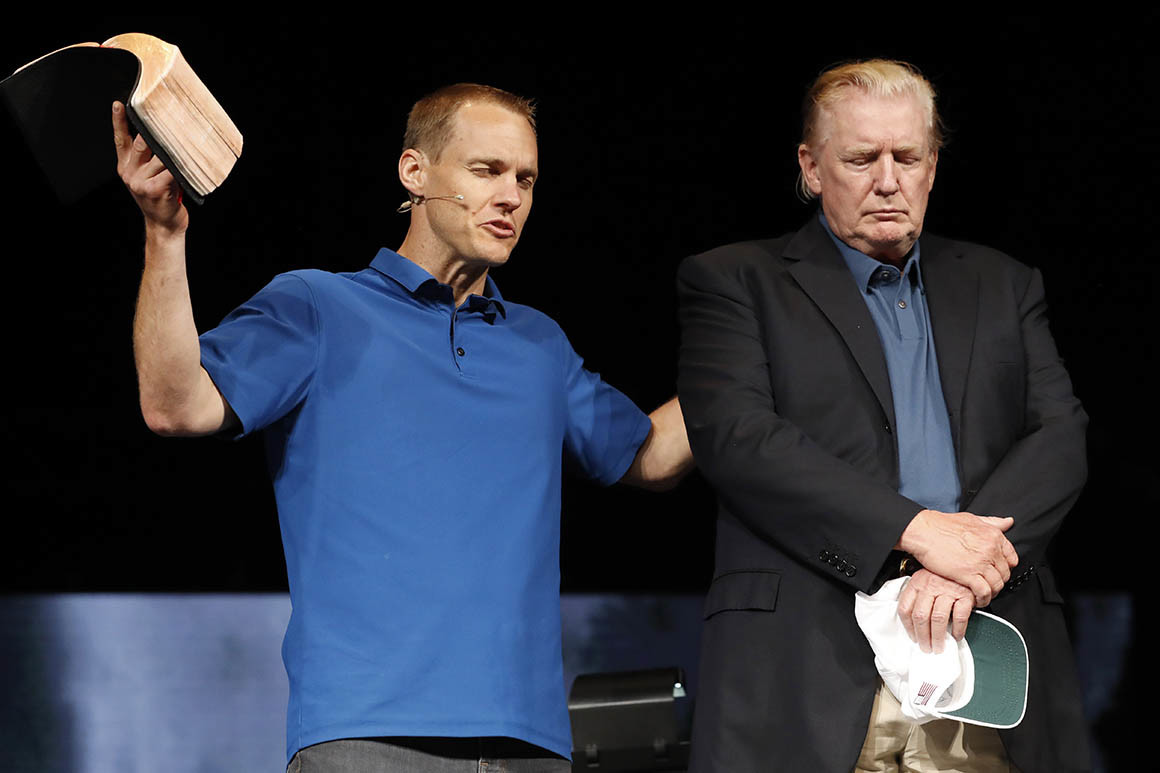 On Sunday June 2nd as Pastor David Platt was near the end of the 1:00PM worship service at the McLean Bible Church in Virginia something very unusual took place.  He received word that the president of the United States was on his way to the church.  With the tragic events of the previous week in Virginia Beach the White House announced that Trump desired to come by the church to pray for the victims of the mass shooting.  David Platt found out about the president’s intentions only minutes before his motorcade drove up.  As we would all expect Platt to do he greeted the president warmly, prayed over him and, according to Platt, shared the Gospel with him after the service had ended.  The sudden appearance of a polarizing politician and the warm welcome by the church staff apparently did not set well with some of the congregants of the McLean Bible Church.  The church is a multi-ethnic and racially mixed congregation where there are likely vast political views within the church membership. The next day Platt released a statement to his church explaining the reasons for his actions toward the president. Early this morning the Washington Examiner published an article entitled, “Evangelical Pastor Apologizes for Hurt Caused by Praying for Trump during Unscheduled Visit.”  The title of the article threw many evangelicals into a tailspin and even birthed vitriol tweets and posts on social media toward Platt.

However in David Platt’s statement to his church we do not see an apology but rather we find a pastor giving an explanation and scriptural basis for his decision to pray over the president.

The title of the article shows a lack of journalistic integrity by the editors of the Washington Examiner and was likely chosen because of the clicks and views it would receive.  The editors chose a headline that attracted readers instead of actually reflecting the reality of David Platt’s statement.  As a result, some chose to make a judgement against Platt based solely on the headline rather than actually reading his statement and giving a brother in Christ the benefit of the doubt.   One conservative college president even went so far as to question Platt’s manhood on twitter! Political posturing aside, did Pastor David Platt make the right decision to pray over the president and follow up with a letter of explanation to his congregation?  I believe he was completely scriptural in both actions.  I have watched his prayer several times and have carefully read his statement to the people of McLean Bible Church.  I hope you will do the same and not join the voices of criticism toward a man who when faced with a tricky situation chose to take the high road.  There are some wonderful lessons to be learned in how Pastor Platt handled this situation.

I have a conviction that Donald Trump didn’t stop by McLean Bible Church according to his own whims or desires.  It is all too random to have been merely the desire of a president to stop by a church.  An unseen hand led Donald Trump to David Platt on Sunday in order for him to hear of God’s love and redemption’s story.  As Platt says, “sometimes we are faced with decisions that we didn’t see coming.”  David Platt certainly could have not foreseen that morning as he was putting on his socks that in a few hours he would be standing next to the president.  However I am convinced that while Platt didn’t see this coming, God certainly did and was in fact orchestrating the entire event.  Instead of criticizing our brother in Christ may we all strive to be as bold as him. We should pray for our president and national leaders, see all people as worthy recipients of the Gospel and use the wisdom of God in loving people toward a unity of spirit that brings God much glory

One thought on “What David Platt Taught Us”