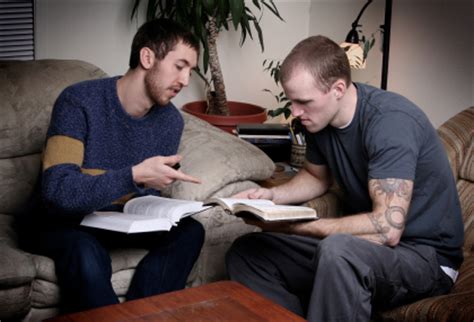 And the things that you have heard from me among many witnesses, commit these to faithful men who will be able to teach others also. 2 Timothy 2:2

Great disciple making movements are not created through large scale invitations to crowds.  Great disciple making movements begin small and grow big.  Effective disciple making doesn’t depend on additions to a ministry, it involves investing in a few who will multiply themselves in others.  Some will read that and think I have lost my mind because our church mentality has led us to believe that we should create a new ministry, set a start date, implore many to be a part and launch with a big crowd. However, have you noticed that many of these plans start big and end small?   If you have served in ministry for any time then you understand what I mean.  How many times have you had a great idea, promoted it, launch it with great success only to see enthusiasm wane over time?  This happens cyclically in churches all the time and it is discouraging to both staff and members.

There has been much talk in the past couple of years on disciple making which differs from our traditional mindset of discipleship.  Traditional models of discipleship offer programs of Christian education in which churches create Bible study classes and then implore the masses to come and get involved.  While this has been effective over the years, the reality is that churches who are most effective in making disciples are no longer using this format.  The most thrilling ministry for me in the past two years has been life on life discipling.  This week I met with a young man that I led to Christ a few months ago. I have been discipling him for many weeks. I am investing much time in his life with the hopes that he will in turn do the same for others. This approach is much more encouraging than traditional models which sees motivation decline over time.

Discipleship programs depend on the perpetual motivation of attenders, disciple making movements’ foster multiplying momentum in the lives of a few.

We have to look no further than the example of Jesus, the greatest disciple maker who ever lived. Jesus never pandered to the crowds and never made it his goal to attract large audiences.  Actually, the opposite is true.  After he calls the disciples to be “fishers of men” we find him with the masses 17 times and investing in his few disciples 46 times. As you read the gospels notice how many times Jesus invests his time in the fantastic four (James, John, Peter and Andrew).  It was to these four that he said, “I will show you how to be fishers of men.” (Mathew 4:18-22).  The “show you how” meant investing His time in equipping these few men.  It was to these four that he showed the full extent of His glory on the mount of transfiguration (Matthew 17). Peter, Andrew, James and John were privileged to be with Jesus when He healed Jairus’ daughter (Mark 5:37), and they were the audience at the Olivet Discourse (Mark 13:3).  These four disciples would witness his first miracle in Cana (John 2) and his first healing with the Nobleman’s son (John 4). Finally these four were with Jesus during His time of agony in the Garden of Gethsemane (Matthew 26:37). Isn’t it incredible to learn that the Lord of the Universe came to this earth and spent the majority of his ministry investing in mainly four men. Jesus didn’t preach to the whole world during his ministry, instead he spent the majority of his time discipling a few men who would later take his message to the world.

The Great Commission he would subsequently give to them was not merely a call to convert the lost, it was a mandate to make disciples and “teach them to observe all things.”

For years our churches have invited the crowds in hopes of additions.  However the example of Christ is to invite many to come, while investing in a few disciples.  Church leaders should stop thinking merely of additions to the church and rather plan for a disciple making movement of multiplication which begins by investing much time in a few.  Don’t worry about building a large church, instead invest your time in building disciples who make disciples and eventually you will see the best kind of church growth. Clearly, when you study the ministry of Jesus chronologically that was His model.  If it was good enough for Jesus, it should be good enough for us.  I believe that every pastor and church leader should spend the majority of their time investing in faithful people who will, in turn, invest in others.  Paul reminded pastor Timothy of this in 2 Timothy 2:2 and he also states it in the minister’s job description found in Ephesians 4:12. “...to equip the saints for the work of ministry, for building up the body of Christ.” We are called to EQUIP.  The word Equip is the Greek word, “katartismos” which has a double meaning.  It is a call to repair or mend while also meaning to prepare for use.

A church leader’s job is to invest in other for the sake of equipping them to be disciple makers.  We do this by mending them and sending them, repairing them while preparing them.

This Greek word is same used in describing a fisherman mending his nets from the previous night’s catch while preparing it for tomorrow’s harvest.  That is a picture of what disciple making should accomplish in those we disciple. As you prepare to welcome big crowds to church remember that God has not called you to fill the church, he has called you to a disciple making movement. Disciple making movements eventually bring multiplication which, in time, will bring a great harvest of souls into the Kingdom of God.  Who are you currently discipling and equipping? If you are not spending time investing in a few faithful, you may never see the full extent of what God wants to accomplish through your ministry.